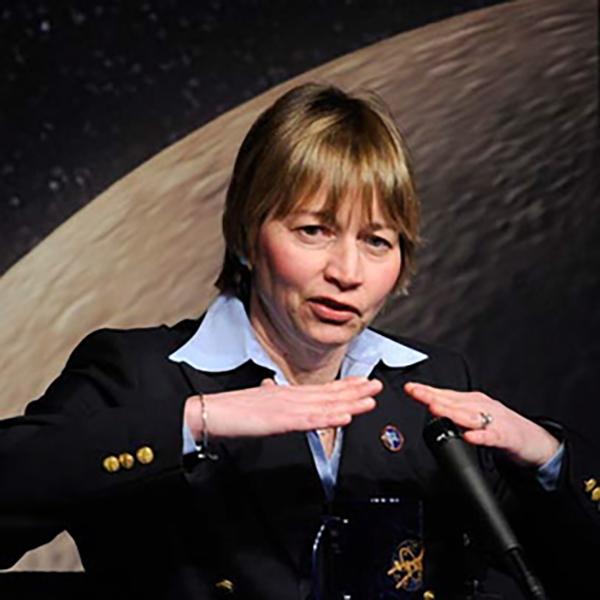 Maria Zuber is the E. A. Griswold Professor of Geophysics and Vice President for Research at MIT, where she is responsible for research administration and policy.

She oversees MIT Lincoln Laboratory and more than a dozen interdisciplinary research laboratories and centers, including the Koch Institute for Integrative Cancer Research, the MIT Energy and Environmental Solutions Initiatives, the Plasma Science and Fusion Center, the Research Laboratory of Electronics, the Institute for Soldier Nanotechnologies, Haystack Observatory, and MIT.nano. She leads MIT’s Climate Action Plan. Vice President Zuber is also responsible for intellectual property and research integrity and compliance, as well as research relationships with the federal government.

Zuber’s research bridges planetary geophysics and the technology of space‐based laser and radio systems. Since 1990, she has held leadership roles associated with scientific experiments or instrumentation on ten NASA missions, most notably serving as Principal Investigator of the Gravity Recovery and Interior Laboratory (GRAIL) mission.

Vice President Zuber is the first woman to lead a science department at MIT and the first to lead a NASA planetary mission. In 2004, she served on the Presidential Commission on the Implementation of United States Space Exploration Policy. In 2002 Discover magazine named her one of the 50 most important women in science and, in 2008, she was named to the USNews/Harvard Kennedy School List of America’s Best Leaders. In 2013, President Obama appointed her to the National Science Board, and in 2018 she was reappointed by President Trump. She served as Board Chair from 2016-2018. In 2021, President Biden appointed Zuber to co-chair the President's Council of Advisors on Science and Technology (PCAST).​